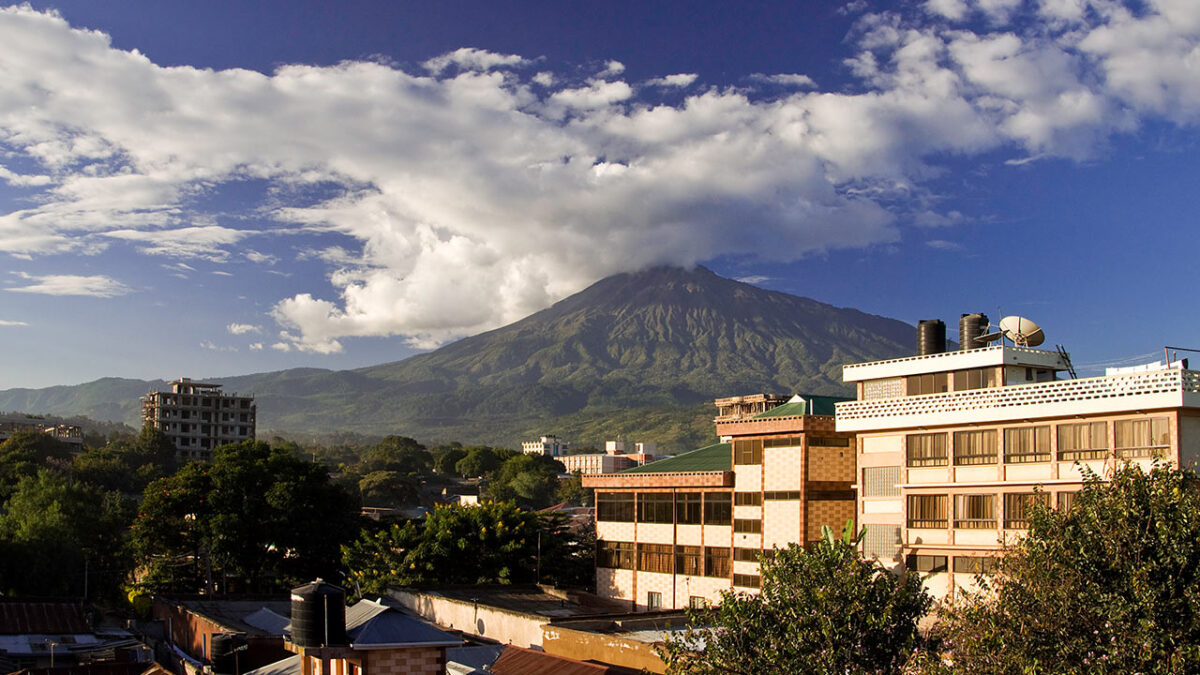 Located in the northern highlands of Tanzania, beneath the twin peaks of Mt. Meru and Mount Kilimanjaro, Arusha is the safari capital of the country. Guests embarking on the popular northern safari circuit all stop in the ‘Geneva of Africa’ to prepare for their journeys into the African bush.

From is two-lane streets, the dramatic crater of Mt. Meru stands over the town like a majestic sentinel, it’s crater strewn with thick clouds, it’s slopes dark with verdant forest. Arusha’s ideal location near the major national parks and it’s highland setting make it a peaceful idyll of relaxation before the start of an exciting journey.

Built by the Germans as a centre of colonial administration administration in the early 20th century, Arusha was a sleepy town with a garrison stationed at the old boma and a few shops around a grassy roundabout. From its backwater status amidst the farmlands and plantations of northern Tanzania, today Arusha is one of the country’s most prosperous towns.

Arusha is a major international diplomatic hub. The city hosts and is regarded as the de facto capital of the East African Community. Since 1994, the city has also hosted the International Criminal Tribunal for Rwanda. It is a multicultural city with a majority Tanzanian population of mixed backgrounds: indigenous Bantu, Arab-Tanzanian and Indian-Tanzanian population, plus small White European and white American minority population. Religions of the Arushan population are Christian, Jewish, Muslim, and Hindu.

The current site of Arusha was first settled in the 1830s by the agro-pastoral Arusha Maasai from the Arusha Chini community, south of Mount Kilimanjaro. They traded grains, honey, beer, and tobacco with the pastoral Kisongo Maasai in exchange for livestock, milk, meat, and skins. Demand for Arusha’s foodstuffs increased substantially during the 1860s when the Pangani Valley trade route was extended through Old Moshi, Arusha, and ultimately to western Kenya. Although it was not yet a town, it was a regional centre and had a number of urban features.

Despite its proximity to the equator, Arusha’s elevation of 1,400 metres (4,600 ft) on the southern slopes of Mount Meru keeps temperatures relatively low and alleviates humidity. Cool dry air is prevalent for much of the year. The temperature ranges between 13 and 30 degrees Celsius with an average around 25 degrees. It has distinct wet and dry seasons, and experiences an eastern prevailing wind from the Indian Ocean, a couple of hundred miles east. 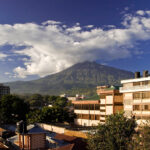